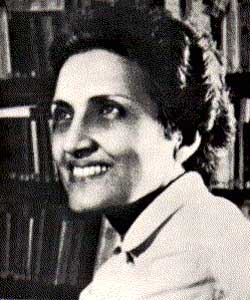 Cecília Meireles
From Wikipedia, the free encyclopedia
Cecília Benevides de Carvalho Meireles (Rio de Janeiro, 1901–1964) was a Brazilian writer and educator, known principally as a poet. She is a canonical name of Brazilian Modernism, one of the great female poets in the Portuguese language, and is widely considered the best poetess from , though she combatted the word "poetess" because of gender discrimination.
She traveled in the Americas in the 1940s, visiting the United States, Mexico, Argentina, Uruguay and Chile. In the summer of 1940 she gave lectures at theUniversity of Texas, Austin. She wrote two poems about her time in the capital of , and a long (800 lines) very socially aware poem " 1940", which was published posthumously. As a journalist her columns (crônicas, or chronicles) focused most often on education, but also on her trips abroad in the western hemisphere, Portugal, other parts of Europe, Israel, and India (where she received an honorary doctorate).
As a poet, her style was mostly neosymbolist and her themes included ephemeral time and the contemplative life. Even though she was not concerned with local color, native vernacular, or experiments in (popular) syntax, she is considered one of the most important poets of the second phase of the Brazilian Modernism, known for nationalistic vanguardism. As a teacher she did much to promote educational reforms and advocated the construction of children's libraries. Between 1935 and 1938 she taught at the short-lived federal-district university in . 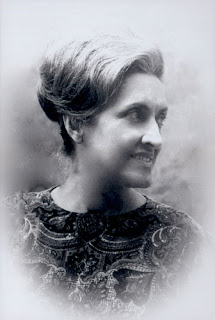 Cecília Meireles was born in the city of , in the then Federal District. Her father, Carlos Alberto de Carvalho Meireles, who worked for Banco do Brasil, died three months before her birth. Mathide Benevides, her mother, who was an elementary school teacher, died when Cecília was three. The three other children of this marriage died before Cecília was born. She was brought up by a Portuguese grandmother in Rio, who came from the Azores and told her stories from her birthplace. These stories later found their way to Cecilia's poetry. From her nanny, Pedrina, Cecília learned Brazilian folk songs andgames. Meireles started to compose poems at the age of nine. She attended normal school in from 1913 to 1916, and after graduating, she was trained as a teacher. However, she continued to studylanguages, literature, educational theory, music, and folklore. In 1922 she married the Portuguese painter Fernando Correia Dias; they had three daughters: Maria Matilde, Maria Elvira, and Maria Fernanda. The latter is a Brazilian actress who starred in plays and soap operas from the 1970s until the early 1980; she toured universities to present readings and musical settings of her mother's poems by her son. Mr. Dias, Cecilia's husband, who suffered from acute depression, committed suicide in 1935. Meireles later married agronomist Heitor Grillo, with whom she visited the Pan American Union inWashington, D.C. in 1940. On her initiative the first children's library in was founded in 1934; she also wrote several children's books. That same year she lectured on Brazilian literature and popular culture in . Her book Samba, Batuque & Macumba was translated into English in 1983.

As a poet Meireles made her debut at the age of eighteen, with Espectros (1919). It has been described as "an airy and vague poetry, languid and fluid, set in an atmosphere of shadows and dreams." The collection of seventeen sonnets dealt with various historical personages. Although her next collections included lyrics in free verse, she still preferred traditional forms and symbolism. Between 1919 and 1927 she contributed to the magazines Árvore Nova and Terra do Sol. She was a key figure in the spiritual and transcendental magazine Festa. The Festa poets supported more traditional expression and universality than the futurists and avant-gardewriters of São Paulo, whose Modern Art Week in 1922 caused much controversy. Meireles always retained symbolist traits. Especially Portuguese poetry interested her. She visited in 1934 and lectured there on Brazilian literature at the universities of Lisbon and Coimbra.
After 14 years without publishing a book of poetry, Meireles published one of her major works, Viagem [Voyage] (1939), which marked her poetic maturity. The book had received the annual Poetry Prize from the Brazilian Academy of Letters in 1938. The title refers to a spiritual journey where life and poetry join together. Meireles was a devout Catholic, but did not emphasize her religious or social stands. In the 1940s Meireles traveled widely and the sea became for her an important image. Mar Absoluto (1942) was sea poetry with the qualities of so-called pure poetry. In 1953 she participated in a symposium on the work of Gandhi, and had a great influence on her work. She had taught herself both Hindi and Sanskrit. Romanceiro da Inconfidência (1953) was written in the style of medieval Iberian ballads. The work draws its subject from the first colonial attempt at Brazilian Independence, in Minas Gerais in 1789, and centers on the leader of the uprising, Joaquim José da Silva Xavier, who was hailed as another Jesus Christ. Giroflê, Giroflá (1956) was based on the author's journeys to and Italy.
Meireles was a prolific contributor to Brazilian periodicals, and for a time she served as education editor of 's Diario de Noticías. She translated into Brazilian Portuguese such diverse writers as Maeterlinck, Lorca, Anouilh, Ibsen, Tagore, Rilke, Virginia Woolf, and Pushkin. Her other works include plays and children's books. Cecília Meireles died of cancer in on November 9, 1964. During her career Meireles was affected by many of the literary movements of her time. However, her poetry always remained intensely personal.
In October 2009 she was one of the three featured authors at the Primeiro Congresso de Escritoras Brasileiras em Nova Iorque (First Congress of Brazilian Women Writers in ) at the Centro Cultural Brasil / Brazilian Endowment for the Arts in Midtown Manhattan. 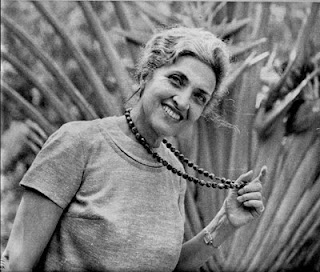 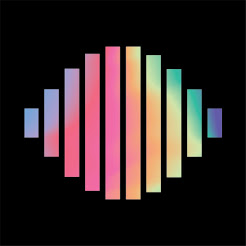 This work is licensed under a Creative Commons Attribution-NonCommercial-NoDerivs 3.0 Unported License.